Posted on September 2, 2022 by Media Culture

This means that the largest increase in time spent on popular streaming services such as Netflix, Hulu, and YouTube occurred among the 50+ audience. This is good news for the streaming services and advertisers seeking to reach this audience, since older audiences spend more time watching TV than younger audiences. And Baby Boomers, who represent the largest share of the 50+ audience, account for 70% of the disposable income in the U.S. and spend over $548 billion a year [pdf]. 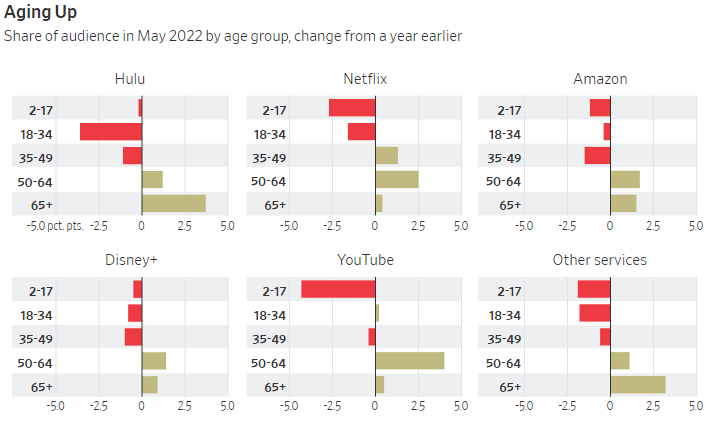 Overall, Americans spent over 24 billion minutes a day watching streaming in May 2022, an increase of 21% from a year earlier, according to Nielsen. As of July, Netflix had the largest share of viewership at 8%, with YouTube at 7.3%, with Hulu and Prime Video at 3.6% and 3.0%, respectively.

What’s driving this older demo to consume more streaming? Older audiences are attracted to content such as comedy, crime, thriller, action and adventure, according to Ampere, as reported in the WSJ. And they like the greater flexibility that streaming offers.

If you’re looking to reach the important 50+ audience, you should consider running a streaming campaign as part of your media mix.

Why Programmatic Media Buying is Effective for Marketers